How to write create a 2019 chinese pig year red envelope template? An easy way to start is to download this 2019 chinese new year red envelope template now!
When Is Chinese New Year?
Chinese New Year has a varying date in the period January 21 to February 20. In recent decades, it has been the second day of a 7-day public holiday in Mainland China.
It's Lunar New Year, day 1 of China’s lunar calendar, which is within a day of the second new moon before the spring equinox moon phase. It's oddly called Spring Festival, with it being in winter for most of China, but that's because it "looks forward to spring"
When Is Chinese New Year 2019?
Chinese New Year 2019 is on Tuesday, February 5th, 2019.
The main Chinese New Year activities Celebrations: New Year decorations, New Year's Eve dinner, firecrackers and fireworks, red envelopes...
Chinese New Year or 'Spring Festival' is China's most important festival and holiday time. Chinese New Year 2019 falls on Tuesday, February 5, 2019, beginning a year of the Pig. China's public holiday will be February 4–10, 2019.
Like at Christmas in other countries, people exchange gifts during the Spring Festival. The most common New Year gifts are red envelopes. Red envelopes have money in, and are believed to bring good luck because they are red. They are given to children and retirees. Customarily only employers give red envelopes to working adults.
Chinese lucky money Giving red envelops or Hongbao is a custom at Chinese New Year.
Red envelopes always contain money in China, and are given, most commonly, to kids from their parents, grandparents, and others as Chinese New Year gifts.
They are called hongbao in Mandarin and lai see in Cantonese. The term “red packets” has also come into common use, though hongbao look and function more like envelopes than packets.
Why Chinese Give Red Envelopes during Chinese New Year
Chinese people love the color red, and regard red as the symbol of energy, happiness and good luck. Sending red envelopes is a way to send good wishes and luck (as well as money).
Actually, the significance of red envelopes is the red paper, not the money inside. Wrapping lucky money in red envelopes is expected to bestow more happiness and blessings on the receivers. Hence, it is impolite to open a red envelope in front of the person who gives it to you.
The Chinese New Year red envelope is a traditional gift for children during Chinese New Year. In China, the red envelope is called yasui qian (压岁钱 /yaa-sway chyen/), which means 'suppressing ghosts money'. Those who receive a red envelope are wished another safe and peaceful year.
Using our special Chinese new year templates guarantees you will save time and efforts! Look for more printable lucky money envelopes on our website if you are not satisfied with this design. 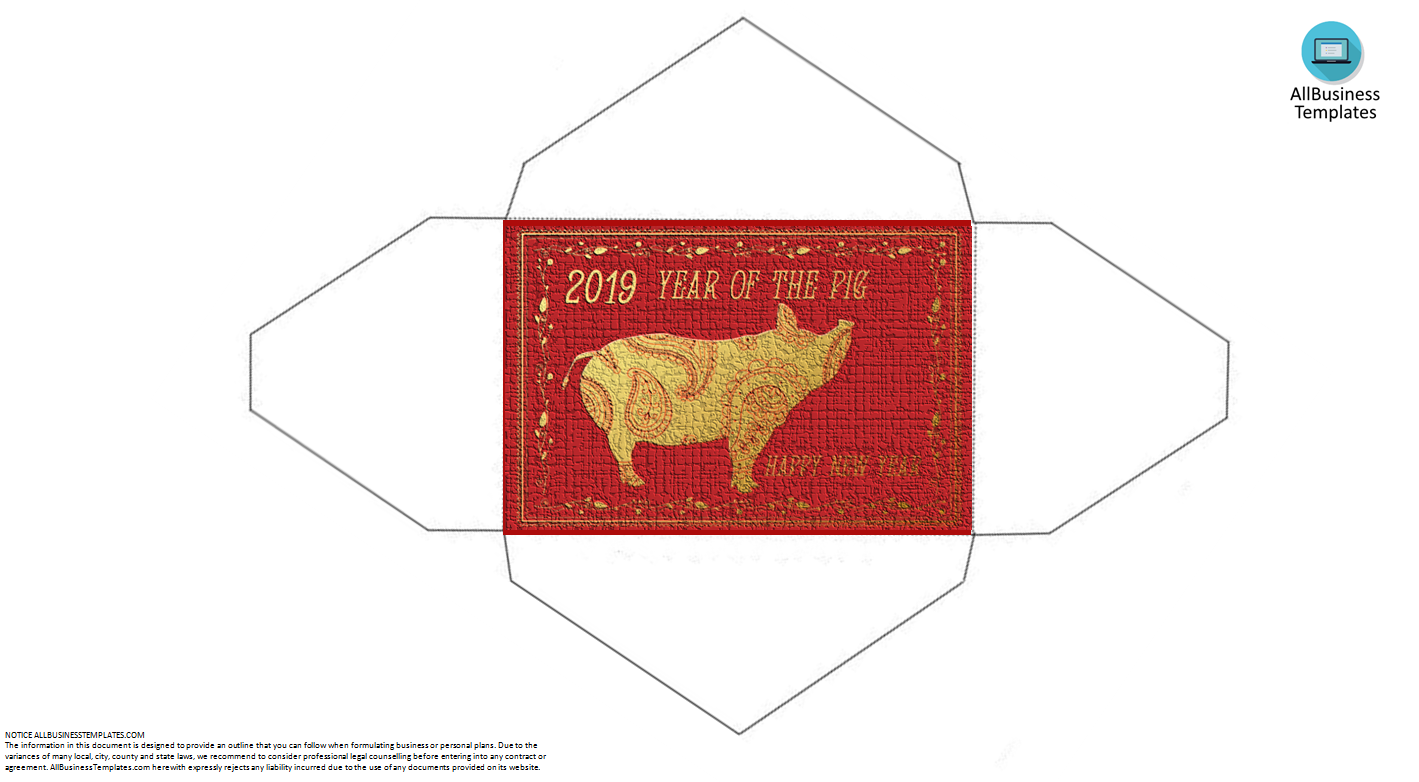