How to organize a Funeral Mass? Have a look at this example Funeral Mass Program in order to help you in these difficult times.
This example Funeral Mass Program template consists of all components that are important for a mass. The text and formatting provide a good starting point to help you organize a mass. In this situation, time and quality are of the essence. This ready-made burial mass program template can help you to save time and to focus on other important things that really matter right now.
This Funeral Mass template comes in Microsoft Office format and needs to be tailored to personal needs. Download this Funeral Mass Program template now.
Mass of Christian Burial His Eminence Archbishop Emeritus of New York Cardinal-Priest of Saints John and Paul, His Eminence Timothy Michael Cardinal Dolan Archbishop of Celebrant Cathedral, His Eminence Edward Michael Cardinal Egan, Ordained Priest, Ordained Titular Bishop of Allegheny and Auxiliary Bishop, Installed Bishop, Installed Archbishop of Created Cardinal-Priest of Saints Archbishop Emeritus Entered Eternal Life Ministers of the Mass Principal Celebrant His Eminence, Cardinals Most Reverend, Prelude “A Prayer of St. Patrick” Paul French I arise today through God’s strength to pilot me, God’s might to uphold me, God’s wisdom to guide me, God’s eye to look before me, God’s ear to hear me, God’s word to speak to me, God’s hand to guard me, God’s way to be before me, God’s shield to protect me, God’s host to save me.. Prayer after C o mm u n i o n 11 R i t e o f C o mm i t t a l a n d F i n a l C o mm e n d a t i o n P r o c e ss I o n “Lux Aeterna” from Messa di Requiem Lorenzo Perosi “Libera me, Domine” from Messa di Requiem Lorenzo Perosi Deliver me, O Lord, from death eternal on that fearful day, When the heavens and the earth 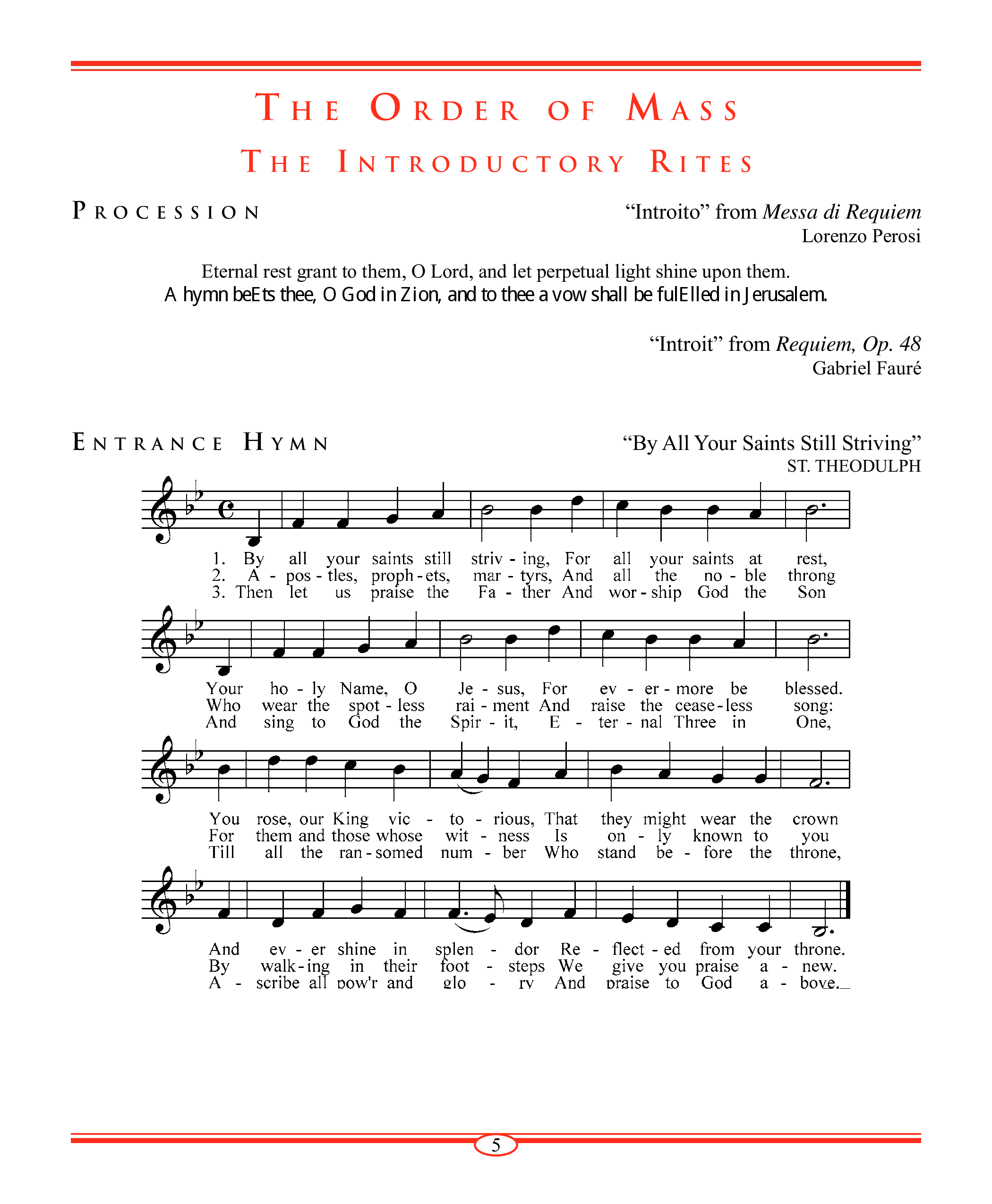