Scholarship Recommendation Letter For A Friend 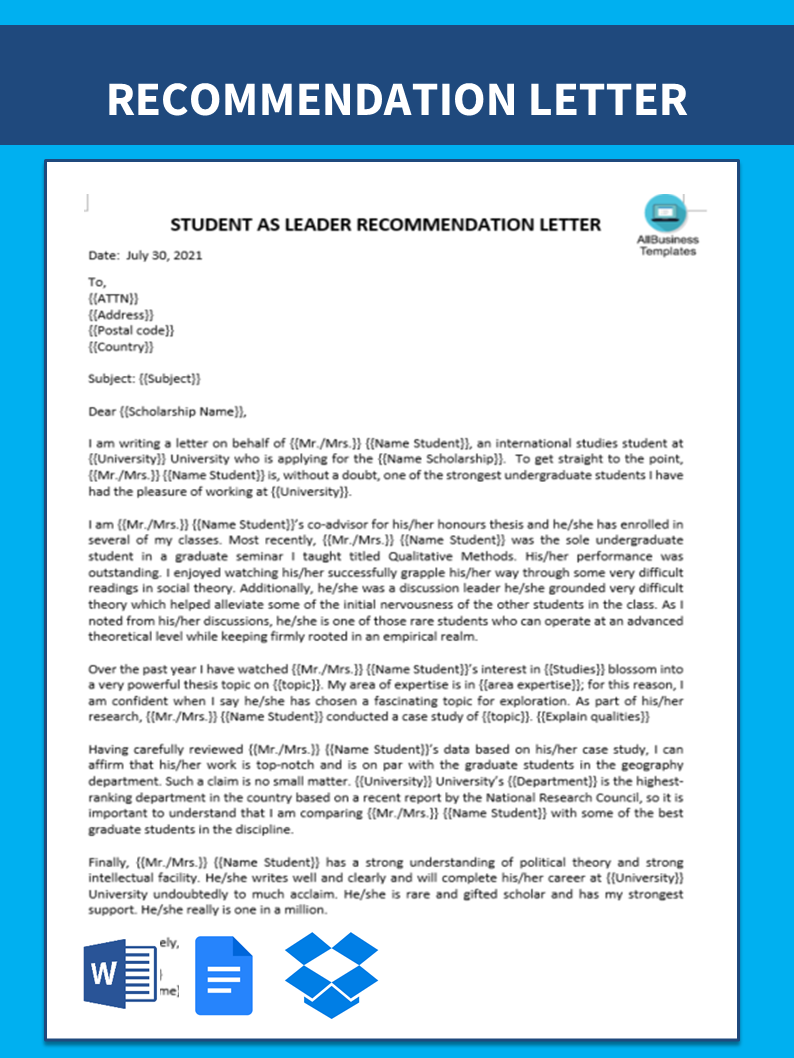