How can I make my own Old newspaper in Word? What is the Colonial Times Newspaper?
See a sample colonial newspaper in the attachment.
In June of 1755, British General Edward Braddock assembled 1400 soldiers in hopes of recapturing Fort Duquesne, a French fort in the Ohio River Valley. The location is extremely valuable for its trade location, giving access to many different rivers. After demanding funds from colonial leaders and denying the aid of local Indian leaders, the general began the 20 mile march through dense woods and forests.
The march was long and slow and the group never reached Fort Duquesne. While on the way, they were attacked my French and Indian forces. Rather than fighting the "European Way," these attackers remained hidden among the trees. The British troops made easy targets as they stood in lines and wore red coats (very easy to see!).
Many British soldiers died during the battle, including General Braddock. The few survivors, including George Washington, buried his body on the way back in an unmarked grave.
The British should surely rethink their fighting strategy if they hope to win this war with the French.
Source: Ambush by French and Indian soldiers leave hundreds dead and wounded.. 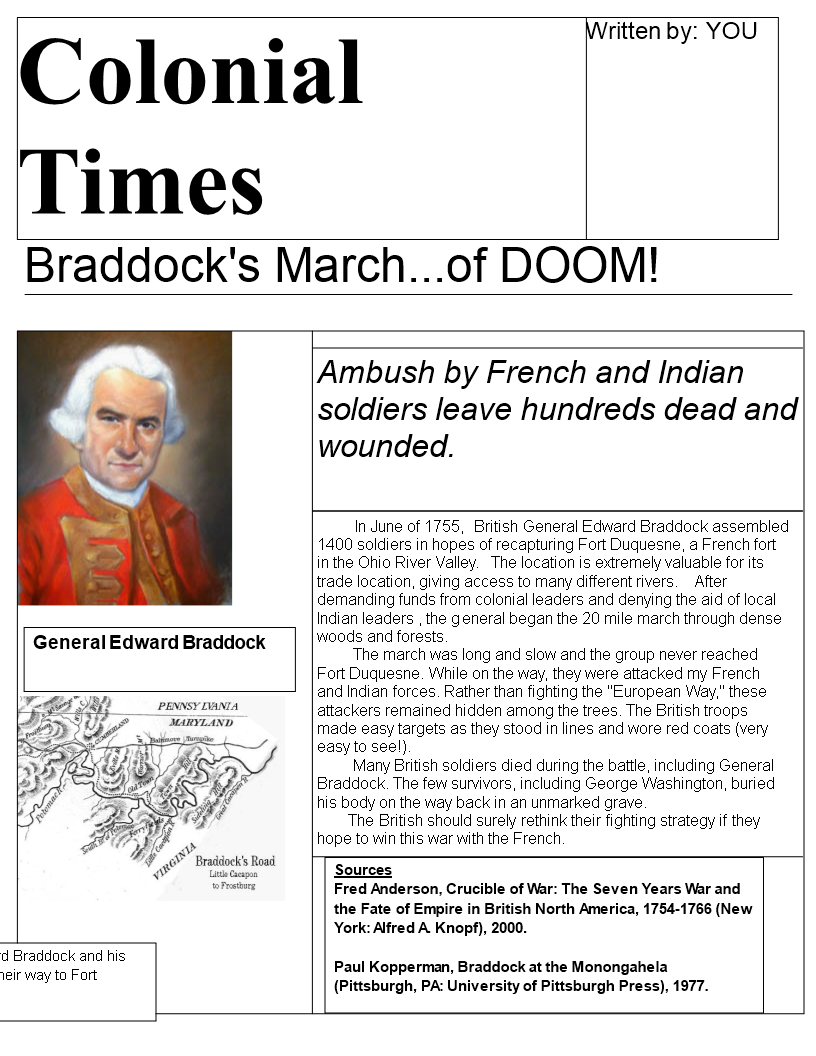