Are you looking for a professional Retail Plan? If you've been feeling stuck or lack motivation, download this template now!
Do you have an idea of what you want to draft, but you cannot find the exact words yet to write it down or lack the inspiration how to make it? If you've been feeling stuck, this Retail Plan template can help you find inspiration and motivation. This Retail Plan covers the most important topics that you are looking for and will help you to structure and communicate in a professional manner with those involved.
The Retail Sales Work plan 2014 20 March 2014 (Updated 23 October 2014) Introduction This document sets out the methodological work plan for retail sales and Internet sales statistics.. These include      The value of food sales The value of alcohol, confectionary and tobacco sales The value of clothing and footwear sales, The value of household goods sales and The value of other goods sales.. Timetable of yearly changes applicable to both retail sales and Internet sales Methodological change / Review Updating of weights for all index categories Annual seasonal adjustment review Update of reference year Description and known impact Implementation Date Each year the weights used in the calculation of RSI are changed to reflect the total turnover of each industry as a proportion of total retail.. April 2014 First publication when change will appear March 2014, released 25 April 2014 Update: Completed and released 25 April 2014 September 2014 August 2014, released 18 September 2014 Update: Completed and released 18 September 2014 September 2014 August 2014, released 18 September 2014 Update: Completed and released 23 October 2014 4..
Feel free to download this intuitive template that is available in several kinds of formats, or try any other of our basic or advanced templates, forms or documents. Don't reinvent the wheel every time you start something new...
Download this Retail Plan template and save yourself time and efforts! You will see completing your task has never been simpler! 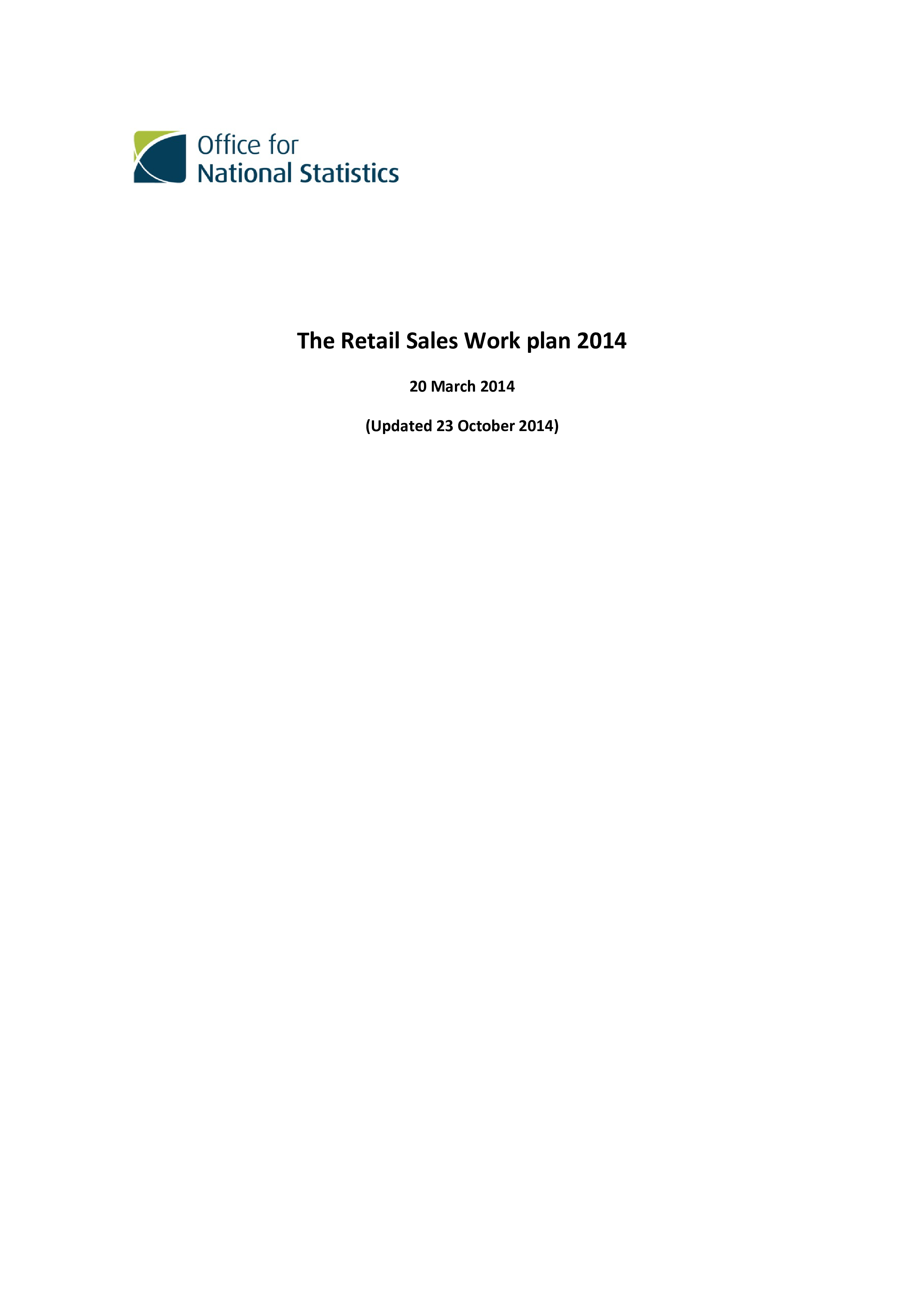