Looking for printable Bunco Rules Sheet with Bunco Scores sheet? Check out this Bunco Rules and Score Sheets template now!
We provide this Bunco Rules and Score Sheet template, a product of an experienced team’s extensive work! Bunco is the perfect choice for those who are looking to play a social dice game. It is not so important in order to be able to play, but it’s best when the number of players is divisible by 4.
Bunco rules:
Besides Bunco, we provide a lot of free suitable game templates and also have a premium collection available for professional usage. Using our leisure forms and templates guarantees you will have fun and your efforts will be rewarded!
Enjoy! 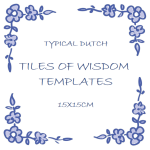