How to draft a Statistical Analysis Likert Scale Survey? An easy way to start completing your document is to download this Statistical Analysis Likert Scale Survey template now!
Every day brings new projects, emails, documents, and task lists, and often it is not that different from the work you have done before. Many of our day-to-day tasks are similar to something we have done before. Don't reinvent the wheel every time you start to work on something new!
Instead, we provide this standardized Statistical Analysis Likert Scale Survey template with text and formatting as a starting point to help professionalize the way you are working. Our private, business and legal document templates are regularly screened by professionals. If time or quality is of the essence, this ready-made template can help you to save time and to focus on the topics that really matter!
Using this document template guarantees you will save time, cost and efforts! It comes in Microsoft Office format, is ready to be tailored to your personal needs. Completing your document has never been easier!
Download this Statistical Analysis Likert Scale Survey template now for your own benefit!
6 Table 1.1: Fifty statements pertaining to abortion attitudes S-1: ‘No man or woman has the right to decide if a fetus should be aborted.’ S-2: ‘Abortion is a threat to our society.’ S-3: ‘Abortion is inhumane.’ S-4: ‘Abortion is murder.’ S-5: ‘There is no situation in which abortion is justified.’ S-6: ‘Abortion is immoral.’ S-7: ‘Abortion violates the unborn child’s fundamental right to life.’ S-8: ‘Abortion involves taking a life unjustly.’ S-9: ‘Abortion could destroy the sanctity of motherhood.’ S-10: ‘Abortion is the destruction of one life for the convenience of another.’ S-11: ‘Abortion is a sin against God.’ S-12: ‘Having the option to legally terminate a pregnancy encourages promiscuous behavior.’ S-13: ‘Having an abortion is far worse than having an unwanted child.’ S-14: ‘Having an abortion is a risk to a woman’s physical health.’ S-15: ‘Having an abortion is a risk to a woman’s mental health.’ S-16: ‘Even if one believes that there may be some exceptions, abortion is still generally wrong.’ S-17: ‘Abortion is basically immoral, except when the woman’s physical health is in danger.’ S-18: ‘Abortion should be illegal except in extreme cases involving incest or rape.’ S-19: ‘Abortions after the first three months should be illegal.’ S-20: ‘Abortion is unacceptable, except when there is evidence that the fetus has severe defects.’ S-21: ‘Partial birth abortions should be illegal.’ S-22: ‘Abortion, if legal, should be strictly regulated.’ S-23: ‘I believe that abortion is wrong in some or all situations, but I still think that it should be a matter of personal choice.’ S-24: ‘Abortion should be permitted, but should never be used simply due to its convenience.’ S-25: ‘Abortion, in general, should be legal, but should never be used as a conventional method of birth control.’ S-26: ‘There are some cases where abortion is justified, but there are also some cases where it is not.’ S-27: ‘It’s impossible to make an airtight case either uniformly for or uniform 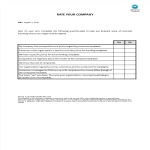