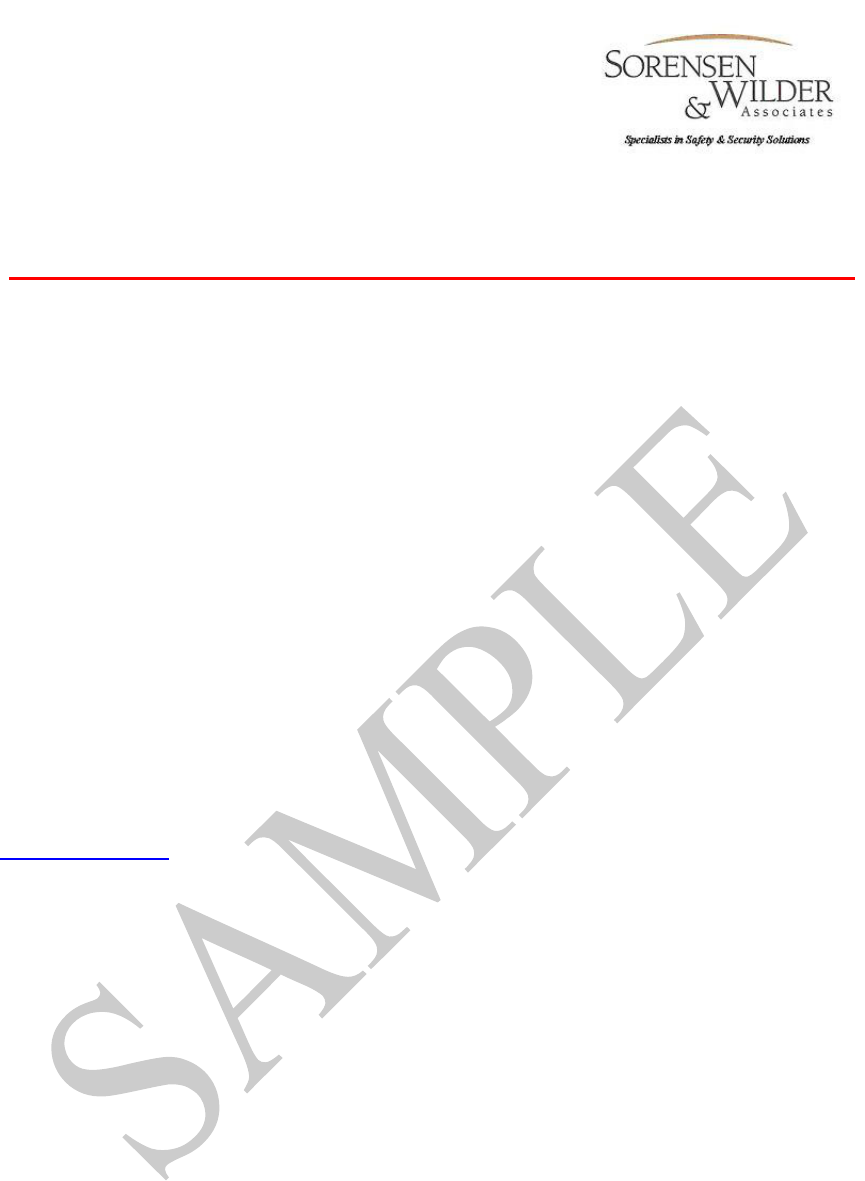 SAMPLE HOSPITAL SECURITY ASSESSMENT REPORT
OBSERVATION: The ABC campus is home to the second largest
hospital in the XYZ system. The mix of patients, combined with the volume of
visitors trafficking through the hospital unsupervised creates unique
vulnerabilities that the hospital must prepare to respond to. Staffing with two
security officers per shift does not appear to be adequate to cover the emergency
department, the campus, and the surrounding parking areas. In addition, it was
learned that security officers also patrol the Cancer Center, the Medical Office
Building, and the YMCA facility.
RECOMMENDATION: Using the standard formula of ___ officers per
____________ square feet of coverage, the ABC campus should staff with a
minimum of _____ uniformed officers, allocated over three shifts as deemed
appropriate based on data collected by the hospital. The hospital needs to focus
on establishing security presence in the Emergency Department, at the Triage
desk, and to allow ongoing patrols of the interior of the hospital as well as the
exterior grounds and parking areas.
Training of Staff
A well trained security staff is the backbone of a successful hospital security
management program. At XYZ ABC, all security officers are licensed by the State
of ______. According to the security supervisor, all of his officers are also
certified to the basic level by the IAHSS. This represents training to what is
considered the industry standard.
The consultants were unable to locate any documentation that supported the
statement that the security officers were IAHSS certified. According to the lead
officer interviewed, three of the officers are IAHSS certified. The lead officer is a
general member of IAHSS, but has never taken steps toward any additional or
advanced certifications.
OBSERVATION: The Security Department has monthly meetings, but
none of this time is used for training purposes.
RECOMMENDATION: The Security Department should consider including
time at each monthly meeting for some form of performance related training.
DOWNLOAD HERE

To succeed in business, to reach the top, an individual must know all it is possible to know about that business. | J. Paul Getty