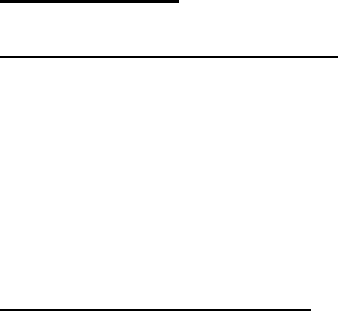 Trinity United Church - Leadership Team Minutes – December 4, 2016
Leadership Team – December 4, 2016
Present: Lesia Case, Julie Baker, Beth Kerr, Debbie Nelson, Gloria Ross, Angela Mills, Dianne
Sloan, Auna-Marie Brown, Greg Cochrane, Iris Yuill
Regrets: Brenda Moorhouse, Deanna Mitchell, Kristin Zwarich
Thank you notes…..
Debbie called the meeting to order at 12:20 p.m.
Opening Prayer – Julie led us in prayer
Minutes and Correspondence
Moved by Iris, seconded by Auna that the minutes of the November meeting be adopted as
distributed. CARRIED
 Habitat for Humanity
 Pastoral Oversight Visit – report from Neepawa
 PCRC Revitalize Portage! Grants - Information Sessions
Discussions and Decisions
1. Remit #1 – We voted Yes on the Three Council Model
2. O Christmas Tree, O Christmas Tree – Our current Christmas Tree is showing its age.
Carol found a 10 foot tree for $100 that had been a floor model at Solomon’s.
Moved by Iris, seconded by Lesia that we purchase this new tree for approximately $100
and that the money come from the Memorial Fund. CARRIED.
3. Follow Up to Debbie’s Meeting with Structure Task Group -- Debbie joined a meeting of the
structure task group in October. We have restructured the house groups to increase the
size of the groups and decrease the number of groups. The structure task group is currently
Auna Brown, Iris Yuill, Val Garlick and Sue Hiltz supported by Beth Kerr. They have been
meeting a couple of times a year to support the house group structure. There was
consensus that some level of support to the house groups going forward was necessary.
We agreed that this could not easily be passed off to the Leadership Team because there is
already enough on the Leadership team agenda. We discussed how we might go about
replacing people on the Structure task group and that having some fresh ideas and fresh
perspectives might enhance the work of the task group. We have some members on the
structure task group on the Leadership Team which facilitates communication but we might
want to build in something structural to ensure this. We may also want to think about how to
continue visioning around volunteers for the future.
4. Nominating -- for 2016 Annual Report
Leadership Team
DOWNLOAD HERE