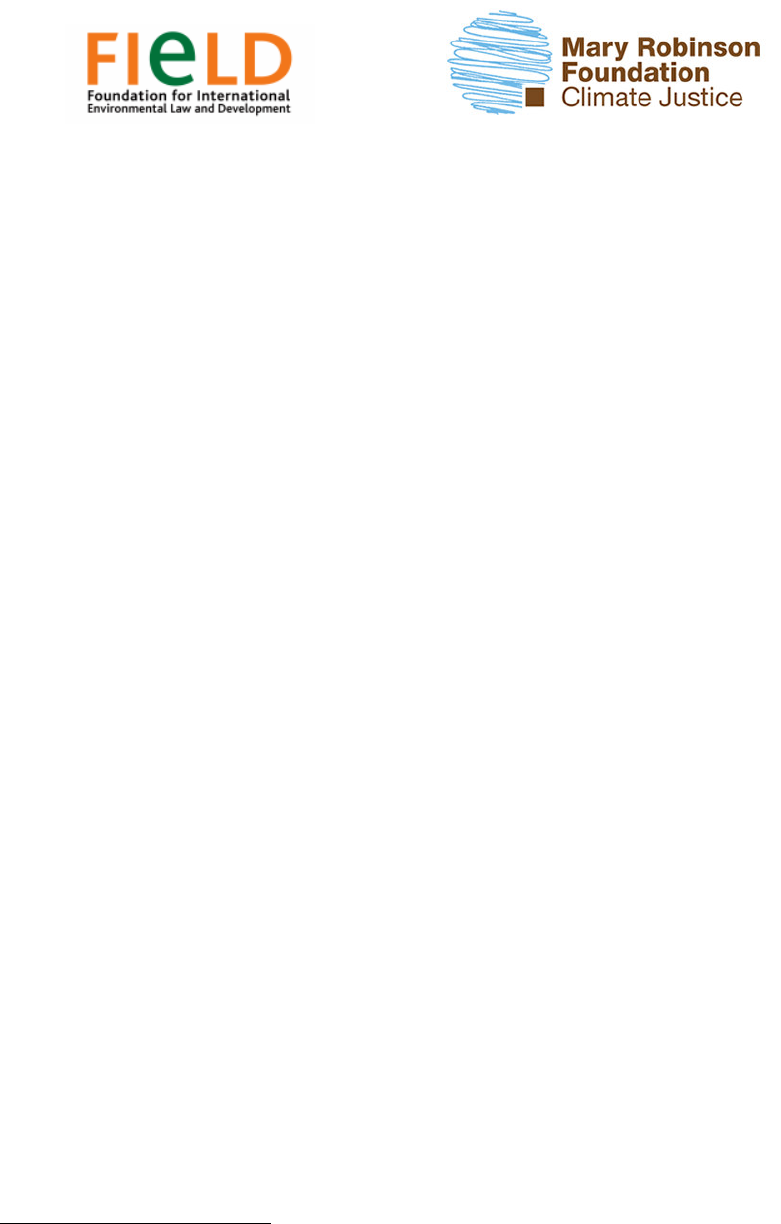 1
Briefing note on the ‘legal form’ of a new climate agreement
1
I. Introduction and background
The UN Climate Change Conference in Cancun ended with the adoption of a
package of decisions (referred to as the ‘Cancun Agreements’). The decision on the
outcome of the work of the Ad Hoc Working Group on Long-term Cooperative Action
(AWG-LCA) explicitly states that ‘nothing in this decision shall prejudge prospects for,
or the content of, a legally-binding outcome in the future’.
2
However, the legal form of
a final deal that may establish a wider comprehensive framework to tackle climate
change remains an open question.
This briefing note aims to facilitate a better understanding of the different options
available to the parties of the United Nations Framework Convention on Climate
Change (UNFCCC) negotiation process.
II. Summary
• COP and CMP decisions are not legally-binding on the parties to the
UNFCCC and the Kyoto Protocol.
• The robustness and credibility of a post-Kyoto regime depends on clear rules
and incentives for compliance which are more likely to be achieved through
legally binding commitments.
• A new arrangement to combat climate change is arguably not restricted by
the distinction between Annex I and non-Annex I countries and may employ
other forms of differentiation between parties.
• Parties have been focusing on amendments to Annex B of the Kyoto Protocol
(containing emission limitation and reduction targets).
• Parties have also made proposals for new legal instruments to either
supplement or replace the Kyoto Protocol.
• However, an agreement on a post-Kyoto regime appears some way off and a
legally binding deal prior the expiration of the first commitment period seems
increasingly unlikely.
• While a gap between commitments periods would not immediately affect the
application of the Kyoto Protocol there would be no directly applicable
emission reduction targets.
• In order to bridge a gap between the end of the first Kyoto commitment period
and subsequent periods, it may be possible to apply the current or newly
agreed emission limitation and reduction targets on a provisional basis.
1
Initiated by the Mary Robinson Foundation – Climate Justice (MRFCJ) and prepared by the
Foundation for International Environmental Law and Development (FIELD) in February 2011
2
Draft decision -/CP.16 Outcome of the work of the Ad Hoc Working Group on long-term
Cooperative Action under the Convention
DOWNLOAD HERE

The critical ingredient is getting off your butt and doing something. It’s as simple as that. A lot of people have ideas, but there are few who decide to do something about them now. Not tomorrow. Not next week. But today. The true entrepreneur is a doer, not a dreamer. | Nolan Bushnell