What is a location release agreement? Do you need a location release?
In a nutshell, a Location Release Form is used to agree and protect the mutual interests of a location owner and a production company (film company, etc) from any possible kind of confusion that may arise regarding the production location. It arranges that via a Location Release Form, the rules and outlines that are in place when a location will be used, the dates of use, an insurance agreement, and an acknowledgment of liability.
Location release form:
Party A, the undersigned hereby grant permission to Party B the right to enter and remain upon (the Property), which shall include not only real property but any fixtures, equipment or other personal property thereat or thereon, located at {{Address}}, with personnel and equipment (including without limitations, props, temporary sets, lighting, camera and special effects equipment) for the purpose of photographing scenes and making recordings of said Property in connection with the production of a digital media text on the following date(s):
This permission includes the right to take motion pictures, videotapes, still photographs, and/or sound recordings on and of any and all portions of the Property and all names associated therewith or which appear in, on, or about the Property.
This permission also grants all rights of every nature whatsoever in and to all films and photographs taken and recordings made hereunder, including without limitation of all copyrights therein and renewals and extensions thereof, and the exclusive right to reproduce, exhibit, distribute, and otherwise exploit in perpetuity throughout the universe (in whole or in part) such films, photographs, and recordings in any and all media, whether now known or hereafter devised, including without limitation in and in connection with the documentary video and the advertising and other exploitation thereof.
Download this sample Location Release Form template now.

If you would like to know the value of money, try to borrow some. | Benjamin Franklin 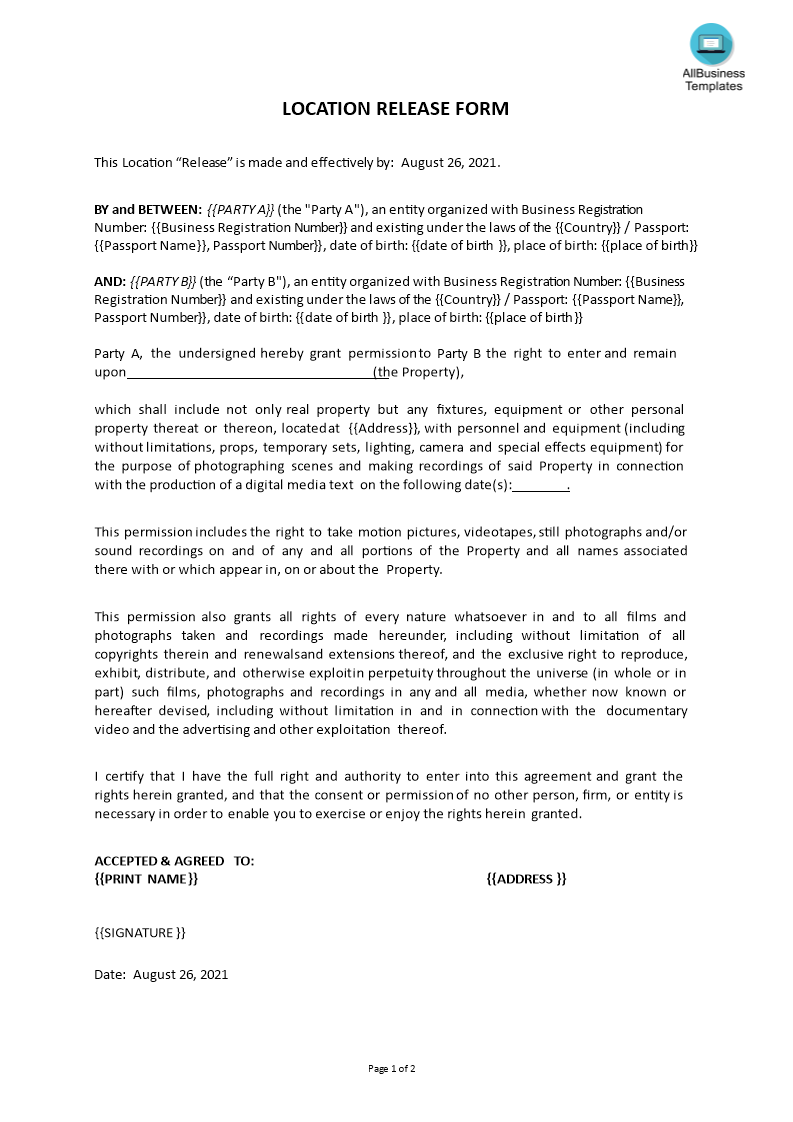