How to create an Excel Timeline? An easy way to start making your own timeline is by downloading this example History Timeline template now!
The ancient Egyptians were one of the first major civilizations. They developed a complex society with its own religion and government. The Egyptians built great pyramids and temples, and they were experts in art and architecture.
The ancient Greeks were another major civilization. They developed democracy, philosophy, and literature. The Greeks also built great temples and statues.
The Romans were a major civilization that conquered much of Europe and the Mediterranean. They developed classical civilization with its own art, literature, and law.
The Middle Ages were a time of feudalism and knights. It was also a time of great advances in art, architecture, and literature.
The Renaissance was a time of great creativity in the arts, literature, and science.
The Industrial Revolution was a time of great change in Europe and America. It led to the development of factories and the growth of cities.
The 20th century was a time of world wars and great advances in science and technology.
We provide this Historic Timeline template to help you make smart timelines in Excel. The example that is created shows the important history era's and periods from Pertine era to the Information age in which we currently are living. Using this Excel Timeline template guarantees you will save time and effort!
Download this History Timeline Excel template now for your own benefit!

Where do I find templates for Excel? How do I create a template in Excel? Check these editable and printable Excel Templates and download them directly! 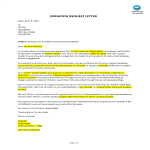 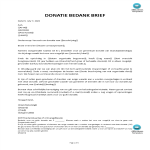 To think is easy. To act is difficult. To act as one thinks is the most difficult. | Johann Wolfgang Von Goeth