This Press Release template is specifically written to announce the launch of a computer game.

What is a official press release definition: a statement prepared and distributed to the press by a public relations firm, governmental agency, etc.

The press release templates on our website are valuable template if your company wants to make a public announcement about it's latest computer game they developed. Great tips on writing pc game press releases:

This template is often found by the following keywords: 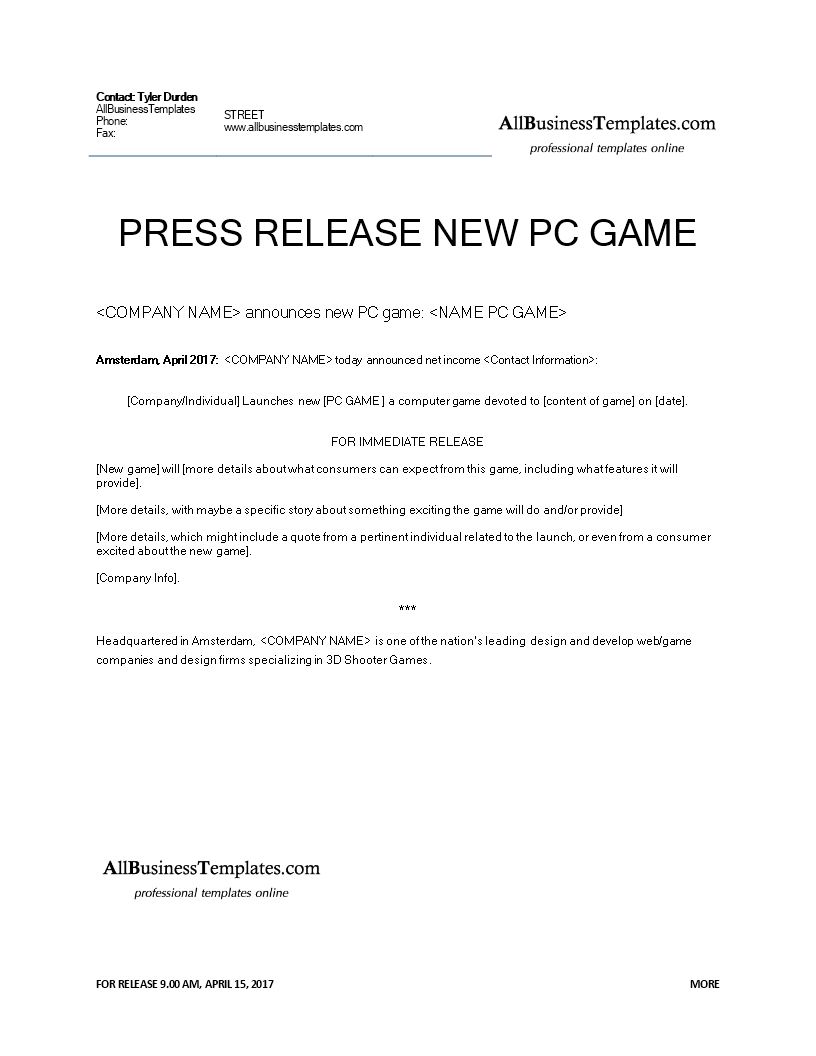