How do you prepare for a rehearsal? What is a rehearsal report in theatre?
Being in stage management, it's important to create a proper smooth organization with straightforward paperwork that will aid in keeping the rehearsal time organized is one of the first tasks you have as a stage manager. For example like this stage manager form, or sign-in sheets for the cast, an events calendar, templates for rehearsal reports, daily schedules, and contact sheets are all included in this paperwork.
A rehearsal report is commonly used by stage managers that write rehearsal reports to document notes that come up during a rehearsal and have an impact on other production departments, for example:
Download this Theater Rehearsal Report template directly to your hard drive and modify it according to your requirements. Check also: Stage Manager Form

Work expands so as to fill the time available for its completion. | Cyril Northcote Parkinson/Parkinson’s Law. 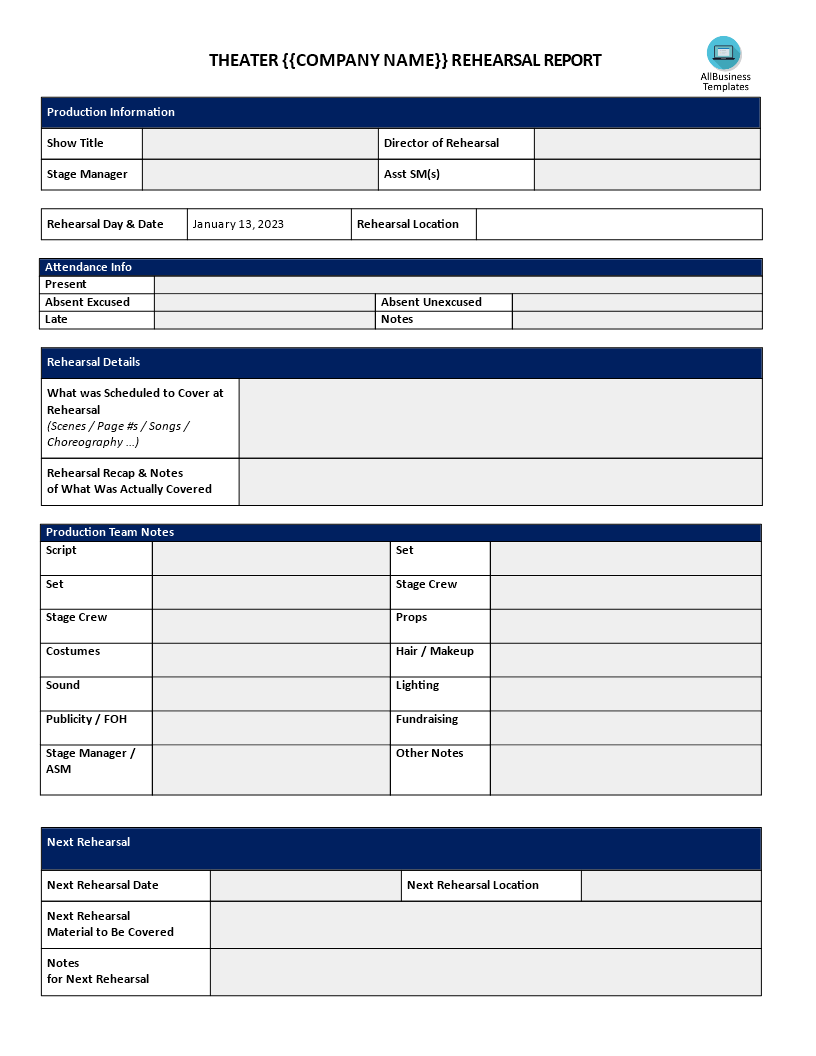